Muslim Boy Names Starting With U And English Meanings So For Pakistani, Indian Boys Arabic Names

Muslim Boys Names From U: Finding a beautiful Muslim boy name for boy is pretty great task for new parents who mostly wander online for modern and trendy Islamic baby boys names in Arabic. We at Getnames present you all an huge list of Muslim boy names starting with “u” and meanings in English to make your search easy at one place of famous children names.

List OF Islamic Boys Names: Don’t forget to let your relative know about most popular Islamic boy names in Arabic. As Arabic baby names for boys is first priority for every Muslim couple to have an eye. We at Getnames may lead you toward a newly updated list of Muslim baby names for boys in Arabic to pick your unique & cute Arabic kids name begins with “u”.

Arabic Baby Names Dictionary: Let’s have just one visit to note some uncommon Arabic names for boys with meaning according to Arabic dictionary of 12000 Arabic baby names. You will be pleased by looking numerous Islamic boys names with similar sound, pronunciation and meanings in Urdu, English, Hindi, Tamil, Arabic, Malayalam, Bengali languages. Pick up your favorite Islamic baby names that are starting from u alphabet in English.

Lowly servant of the Allah.

One with high self esteem

One who runs fast

Name of the second Calipha(Islam)

Name of the second Caliph

Support of the state.

Life Name of the second Caliph

Name of an illustrious Sahabi.

Description of a lion

Description of a lion

Name of the third Caliph

Name of a mountain

The name of tht 3rd Caliph in Islam

Uways Qarni was the one of whom the Prophet PBUH foretold his people that he would be the one cured of leprosy.

Name of a Prophet 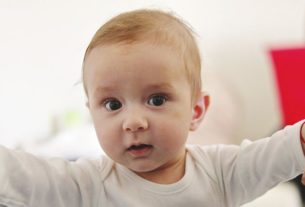