Holy Prophet Hazrat Muhammad ﷺ enumerated a list of his 10 Sahaba names who were promised Junnah the paradise while living in this dunya. We have a list of top 10 companions of Holy Prophet Muhammad ﷺ with their meanings and short history of Ashra Mubashra Sahaba (R.A). Choose any beautiful Sahabi name for your new born baby to be honored with meaningful names and meanings.

All companions of Holy Prophet Hazrat Muhammadﷺ whom followed Him till end of their lives are deserved paradise but ten male Sahaba who were announced by names for Jannat are listed below with their short history.10 Jannati names, Ashra Mubashra Sahaba Ke Naam In Urdu, Hindi, English.

Abu Bakr means: Abu Bakr is an indirect Quranic name for boys that is formed from Abu (“father of”, “like”, “full of”) and Bakr (ancient name of Arabian tribes, “young camel”), both of which are Quranic words. Muslims like this name out of love for Abu Bakr as-Siddiq, the closest companion of Prophet Muhammad ﷺ.

Umar Bin Khattab(عمر بن الخطاب‎)was one of the most powerful and influential Muslim caliphs in history. He was a senior companion of the Prophet Muhammad ﷺ.
Umar, meaning ‘firstborn son, long-lived or eloquent and gifted speaker’ is a name with a perfect mix of familiarity and exoticism. Used commonly in Muslim families, this name is associated Umar ibn al-Khaṭṭāb, one of the most influential Muslim caliphs and a sahabai of the Prophet Muhammad ﷺ.

Uthman Bin Affan (عثمان بن عفان‎)was a companion of the Islamic Prophet Muhammad ﷺ and the third of the Rashidun, or “Rightly Guided Caliphs.” Born into a prominent Meccan clan, Banu Umayya of the Quraysh tribe, he played a major role in early Islamic history
Uthman, also spelled as Othman is a common Muslim name, also transliterated as Usman or Othman. Its namesake is Uthman ibn Affan, Usman Means: The young of a lark, a beautiful pen, name of the third Caliph of Islam.

Ali Bin Abu Talib (ابو طالب بن عبد المطلب‎ علي بن‎) was the cousin and the son-in-law of Prophet Muhammad ﷺ. He ruled as the fourth caliph but he is regarded as the rightful immediate successor to prophet Muhammad by the Shia Muslims.

Ali meanngs:Ali is a direct Quranic name for boys that means “high”, “exalted”, “superb”, “sublime”. The word Ali is used in many places in the Quran and it forms one of the names of Allah when it is prefixed with an al, as in al-Ali. It is a common name among Muslims out of love for Ali bin Abi Talib, cousin of Prophet Muhammad ﷺ, peace and blessings of Allah upon him and his family and companions.

Talhah Bin Ubaydullah (طلحة بن عبيدالله‎) was a companion of the Prophet Muhammad ﷺ. Mostly known for being of the Ten Promised Paradise. Best known for his roles in the Battle of Uhud and the Battle of the Camel, in which he died, he was given the title “The Generous” by Prophet Muhammad ﷺ.
Talha is an Arabic name for boys that refers to a type of tree, often considered to be a banana tree. While Talha is not mentioned in the Quran, its plural Talh is mentioned in verse 56:29, therefore Talha can be considered an indirect Quranic name. Talha is the name of many companions of the Prophet (peace and blessings of Allah upon him and his companions), such as Talha bin Malik, Talha bin Abi Qatadah and Talha bin Abdullah bin Auf.

Zubair Bin Awam (الزبير بن العوام بن خويلد‎)from the Asad clan, the commander in the Rashidun army, was one of the closest companions of Prophet Muhammad ﷺ. The meaning of Zubair is ‘Strong and fierce’ or ‘sense and intelligence’.

Zubair is an indirect Quranic name for boys that means “strong”, “firm”, “powerful”, “intelligent”, “wise”. It is derived from the Z-B-R root which is used in many places in the Quran.

Abu Ubaidah Bin Jarrah(أبو عبيدة عامر بن عبدالله بن الجراح‎‎) was one of companions of the Prophet Muhammad ﷺ. Mostly known for being of the Ten Promised Paradise. He remained commander of a large section of the Rashidun Army during the time of the Rashid Caliph Umar and was on the list of Umar’s appointed successors to the Caliphate.

Abu Ubaidah is Arabic origin name for Baby Boy Names that means father of  slave and He was A great Sahabi of the Prophet (SAW).

Abdul Rahman Bin Awf (عبد الرحمن بن عوف‎) was one of the companions of the Prophet Muhammad ﷺ. Mostly known for being of the Ten Promised Paradise.

Saad Bin Abi Waqas (سعد بن أبي وقاص‎) was of the companions of the Prophet Muhammad ﷺ. Sa’d was the seventeenth person to embrace Islam at the age of seventeen. He is mainly known for his commandership in the conquest of Persia
The name Sa`d, also spelled as Saad, is an Arabic name meaning ‘felicity, happiness and prosperity’. Sa`d ibn Abi Waqqas was one of the sahabas and the 17th person to embrace Islam.

Saeed Bin Zaid (سعيد بن زيد) are also known by his kunya Abu’l-Aawar, was a companion of the Prophet Muhammad ﷺ.

Saeed is an Arabic name for boys that means “happy”, “successful”. 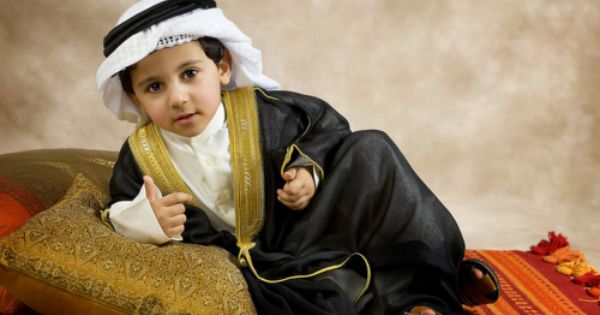